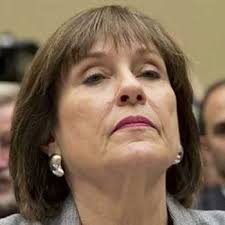 No bias or even a smidgen of corruption here...

A trove of IRS emails show top official Lois Lerner had a deep commitment to the Democratic Party and a significant dislike for the new conservative grassroots groups that formed under the Tea Party banner and sought tax-exempt status from the agency.

"Crazies" and "a--holes," were the blunt terms Lerner used to describe conservatives, who, with a Supreme Court decision striking down the campaign finance reform law, were bringing about "an end to America," she wrote.
The emails are included in a bipartisan report issued Wednesday by the Senate Finance Committee, which cited "gross mismanagement" and also "personal politics" as the root cause of the IRS mishandling of tax-exempt applications from Tea Party organizations.