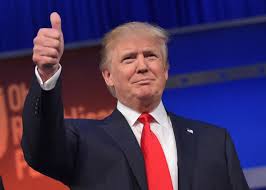 Fox News took a big swing at Trump and missed...


Donald Trump's lead over his Republican presidential rivals grew substantially in the days following the first GOP debate and his controversial comments about moderator Megyn Kelly.
Trump’s support increased by 7 points, to 32 percent, according to the latest Morning Consult tracking poll.The real estate mogul’s closest rival — former Florida Gov. Jeb Bush — lost 1 point, down to 11 percent support among self-identified Republicans and Republican-leaning independents.
Support for all other candidates was in the single digits in the poll.

I am guessing they lost some viewership as a result.
Posted by Bluegrass Pundit at 3:20:00 PM