The Fox News debate was a pathetic reality TV show...

After watching the debate, do you really have a better understanding of where the candidates are on the important issues of the day and what they plan to do about them? I don't. I doubt anyone does. Instead of a serious debate on the issues, we got a lot of useless drama that was deliberately created by the Fox News moderators. They spent too much time talking and sometimes actually seemed to be debating the candidates themselves. They took each candidate's most vulnerable area, especially Trump, and conducted an inquisition. Does anyone really care what Donald Trump called Rosie O'Donnell or if some of his many companies failed in the past? Does it really matter if Jeb Bush was on the board of a foundation that in the past donated money to Planned Parenthood? No. Here are the issues on voters minds in 2015. The economy and jobs is top and some of the candidates tried to talk about their records, but this wasn't even a topic of the 9:00 PM debate. 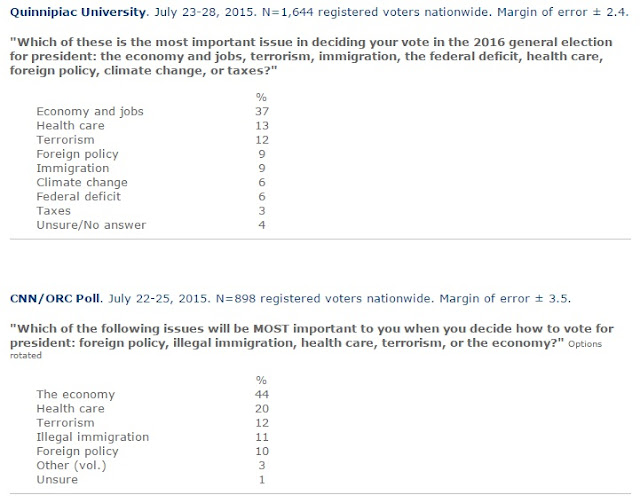 What Fox News should have done is asked each candidate to respond to these question.


If we knew each candidate's position on those issues, we would be much better voters. Instead, we have been entertained. Fox News should be embarrassed. They are no longer journalists.
Posted by Bluegrass Pundit at 11:30:00 AM