DNC: Laugh at Obama’s Nobel and you side with terrorists 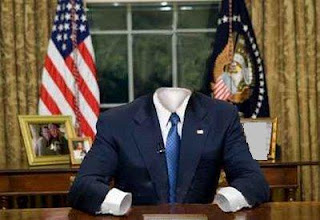 If you think President Obama is an empty suit and undeserving of a Nobel Peace prize, Democrats think you are siding with terrorists. Aren't they going to accuse us of being racists?

"The Republican Party has thrown in its lot with the terrorists - the Taliban and Hamas this morning - in criticizing the President for receiving the Nobel Peace prize," DNC communications director Brad Woodhouse told POLITICO. "Republicans cheered when America failed to land the Olympics and now they are criticizing the President of the United States for receiving the Nobel Peace prize - an award he did not seek but that is nonetheless an honor in which every American can take great pride - unless of course you are the Republican Party.

"The 2009 version of the Republican Party has no boundaries, has no shame and has proved that they will put politics above patriotism at every turn. It's no wonder only 20 percent of Americans admit to being Republicans anymore - it's an embarrassing label to claim," Woodhouse said.

Typical! They always say something stupid. I'm surprised they did not call us racists first.
I love that empty suit pic! It is very fitting.
Have a nice weekend!

Oh, and did you see the video (on my latest post) that a senior WH official emailed Joe Scarborough and called him an asshole for asking why obummer got the prize? These bums are totally classless.