Amusing: 30 Taliban militants killed when they drive over their own roadside bomb... 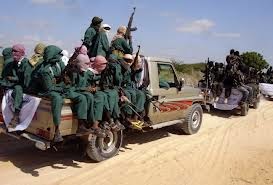 
KABUL —  About 30 Taliban militants have been killed in Afghanistan since early Saturday, authorities said on Sunday.
“Afghan National Security Forces carried out operations and battled the militants in nine provinces, killing 20 Taliban insurgent members over the past 24 hours,” the Afghan Interior Ministry said in a statement.
Two insurgents were wounded and three others detained by the ANSF, the statement noted.
In addition, 10 Taliban militants were killed after a vehicle carrying them set off a roadside bomb planted by their men in Registan district of southern Kandahar province on Saturday evening, the provincial police spokesman, Zia Durrani, told Xinhua.