GOPe and Democrats finally find an issue they agree on. They want to bring back earmarks and pork... 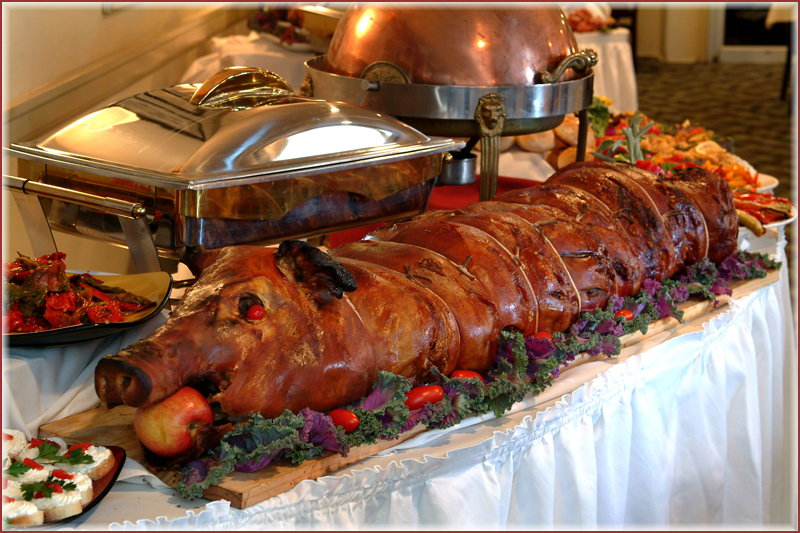 May 1, 2014 7:13 p.m. E
Remember the $223 million in federal funds earmarked in 2005 for the "bridge to nowhere" in Alaska? The project stalled but the public outrage it sparked led to a 2011 decision by Congress to end earmarking. Well, it looks like the bridge-to-nowhere crowd is ready to get the scaffolding out again, with lobbyists and lawmakers on both sides of the aisle calling for a return to earmarks and pork-barrel politics.
The powerful House Appropriations Committee Chairman Hal Rogers (R., Ky.) has called the ban a "bad idea." Two Republican candidates in Mississippi—Sen. Thad Cochran and House candidate Gene Taylor —are making a return to pork part of their platform. Meanwhile, Senate Majority Whip Dick Durbin (D., Ill.) recently tried to dismiss the bipartisan ban as a fringe, right-wing idea that has led to gridlock. "It was a tea party reform," Sen. Durbin told reporters in Springfield, Ill., on April 14 after a speech to Teamsters. "They came in and eliminated it and what they did is take the glue out of a federal transportation bill. That was the glue that held everybody together."
Mr. Durbin said he longs for the day "when we get back to the point where members of Congress are sitting down with a common goal—let's pass this bill, let's make sure there is enough money in this bill, let's find the sources of revenue necessary for this bill—you know, it creates a much better and more positive feeling."
The "glue" is pork and the "positive feeling" that Mr. Durbin is referring to is the joy of spending other people's money. For politicians, this sensation is highly addictive. It's why I called earmarks the gateway drug to Washington's spending addiction after fighting my own party's earmarks in the 1990s. Read it all...