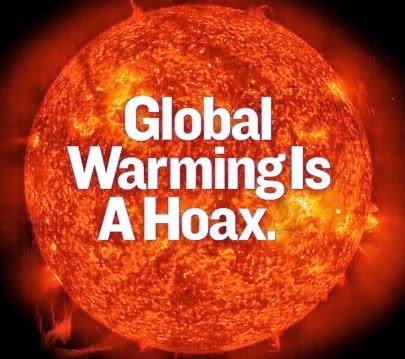 
One of the world's most eminent climate scientists - for several decades a warmist - has defected to the climate skeptic camp.Lennart Bengtsson - a Swedish climatologist, meteorologist, former director of the Max Planck Institute for Meteorology in Hamburg and winner, in 2006, of the 51st IMO Prize of the World Meteorological Organization for his pioneering work in numerical weather prediction - is by some margin the most distinguished scientist to change sides.
For most of his career, he has been a prominent member of the warmist establishment, subscribing to all its articles of faith - up to and including the belief that Michael Mann's Hockey Stick was a scientifically plausible assessment of the relationship between CO2 emissions and global mean temperature.
But this week, he signaled his move to the enemy camp by agreeing to join the advisory council of Britain's Global Warming Policy Foundation (GWPF), the think tank created by the arch-skeptical former Chancellor Lord Lawson.
Though Bengtsson is trying to play down the significance of his shift - "I have always been a skeptic and I think that is what most scientists really are" he recently told Germany's Spiegel Online, denying that he had ever been an "alarmist" - his move to the GWPF is a calculated snub to the climate alarmist establishment.