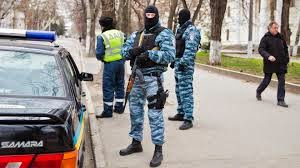 Guess what. 97% didn't really want to be annexed by Russia. The actual percentage who voted for annexation is 15% of eligible voters.

Yesterday, however, according to a major Ukrainian news site, TSN.ua, the website of the President of Russia’s Council on Civil Society and Human Rights (shortened to President’s Human Rights Council) posted a report that was quickly taken down as if it were toxic radioactive waste. According to this purported report about the March referendum to annex Crimea, the turnout of Crimean voters was only 30 percent. And of these, only half voted for the referendum–meaning only 15 percent of Crimean citizens voted for annexation. Keep on reading...