Small businesses to face #Obamacare HIT of $500 per policy... 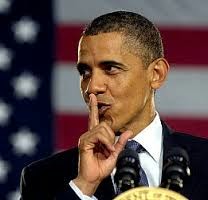 A tax that unions got exempted from is just one of the things we had to pass Obamacare to know what was in it.


To add insult to injury, a hidden tax within the law is coming to light that threatens the very livelihood of thousands of U.S. businesses and millions of American workers. Known as the health insurance tax or HIT, this is a new discriminatory tax on small businesses and their employees that will raise the premiums by as much as $500 per policy per year. Main Street enterprises are now being faced with the choice of eating the costs, passing it on to their employees, ending coverage altogether or other unexpected decisions impacting their operations and workers.Adding to the confusion is the fact that the cost of the tax is only going to grow over time – collecting an estimated $145 billion from small businesses in the first ten years alone and making it that much harder for business owners to prepare for the future.Ironically, during one of the ACA’s many back door deals, large corporations and unions received a carve-out from the HIT, leaving the full burden of the tax to fall on the fully-insured marketplace, where nearly 90 percent of small businesses, their employees and the self-employed purchase their insurance.