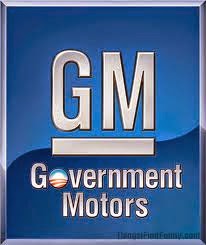 
The U.S. government posted a deeper loss than initially recorded on the General Motors bailout, according to a government report released today.

Taxpayers lost $11.2 billion on the GM bailout, up from $10.3 billion the Treasury Department estimated when it sold its last GM shares on Dec. 9.

A Treasury Department auditor said the government had written off an $826-million “administrative claim” tied to the GM bailout on March 20.

Email ThisBlogThis!Share to TwitterShare to FacebookShare to Pinterest
Labels: GM