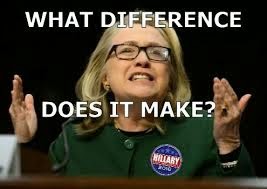 If your story keeps changing, you are lying.


Hillary Clinton’s camp late Sunday issued a significant clarification about the steps they say were taken to review thousands of personal emails before they were deleted, claiming her team individually read “every email” before discarding those deemed private.
Clinton spokesman Nick Merrill made the clarification in a written statement to Fox News. This comes after the former secretary of state’s office revealed last week that while more than 30,000 “work-related” emails were turned over to the State Department, nearly 32,000 were deemed “private” and deleted.
This admission raised questions over how her team decided to get rid of those messages. Merrill on Sunday clarified an earlier fact sheet that described some of those methods but did not say every email was read.