Sacre bleu! The French are taking a tougher stance on Iran nuke deal than Obama... 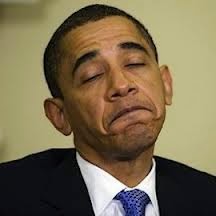 Well, this is embarrassing.


LAUSANNE, Switzerland—France is again adopting the toughest line against Iran in negotiations aimed at curbing Tehran’s nuclear program, potentially placing Paris at odds with the Obama administration as a diplomatic deadline to forge an agreement approaches at month-end.
President Barack Obama called French President François Hollande on Friday to discuss the Iran diplomacy and try to unify their positions. The presidents “reaffirmed their commitment” to a deal “while noting that Iran must take steps to resolve several remaining issues,” the White House said.
French diplomats have been publicly pressing the U.S. and other world powers not to give ground on key elements—particularly the speed of lifting U.N. sanctions and the pledge to constrain Iran’s nuclear research work—ahead of the March 31 target.