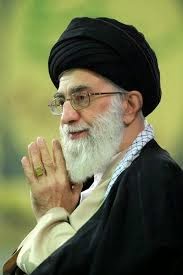 Both Obama and Biden claim progress towards a deal. Seriously?

Via The Times of Israel:


Iran’s Supreme leader Ali Khamenei called for “Death to America” on Saturday, a day after President Barack Obama appealed to Iran to seize a “historic opportunity” for a nuclear deal and a better future, and as US Secretary of State John Kerry claimed substantial progress toward an accord.

Khamenei told a crowd in Tehran that Iran would not capitulate to Western demands. When the crowd started shouting, “Death to America,” the ayatollah responded: “Of course yes, death to America, because America is the original source of this pressure.

“They insist on putting pressure on our dear people’s economy,” he said, referring to economic sanctions aimed at halting Iran’s nuclear program. “What is their goal? Their goal is to put the people against the system,” he said. “The politics of America is to create insecurity,” he added, referring both to US pressure on Iran and elsewhere in the region.