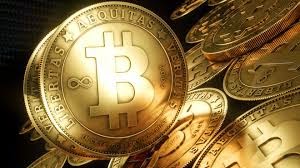 
March 30, 2015 The Justice Department announced Monday it is charging two federal agents with using bitcoin to launder money while the pair investigated Silk Road, a now-defunct website where criminals relied on the digital currency to conduct illicit business.
The investigators being charged are Carl Mark Force IV, who worked with the Drug Enforcement Administration, and Shaun Bridges, a former Secret Service agent. Force is being charged with wire fraud, stealing government property, and money-laundering; Bridges is accused of of wire fraud and money-laundering.
Force and Bridges are described in a criminal complaint as abusing their positions as federal agents to "engage in a scheme to defraud a variety of third parties, the public, and the government, all for their own financial enrichment."
Force, according to the Justice Department's investigation, was an undercover agent who communicated online with Ross Ulbricht, the founder of Silk Road and a target of a separate investigation. But while on the job, Force developed a number of separate online identities in order to engage in "complex bitcoin transactions to steal from the government and the targets of the investigation," the complaint alleges.
Bridges is charged with diverting more than $800,000 in digital currency to a personal account—funds he acquired as a result of the Silk Road investigation.