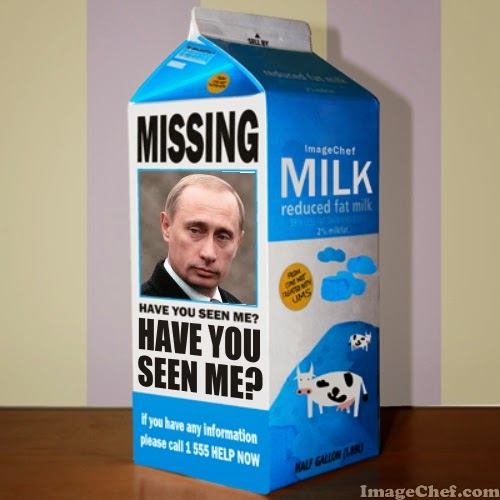 Russian President Vladimir V. Putin has been missing from public for over a week.


MOSCOW — Where’s Putin?
The question obsessed Moscow and much of Russia on Friday, as speculation mounted as to why President Vladimir V. Putin had not been seen in public for more than a week.
He abruptly canceled a trip to Kazakhstan and postponed a treaty signing with representatives from South Ossetia who were reportedly told not to bother to fly to Moscow. Most unusually, he was absent from an annual meeting of the top officials from the F.S.B., Russia’s domestic intelligence service.
The rumor mill went into overdrive, churning out possible explanations from the simple to the salacious to the sinister. He had been stricken by the particularly devastating strain of flu going around Moscow just now. He sneaked off to Switzerland for the birth of his love child. He had a stroke. The victim of a palace coup, he was imprisoned within the Kremlin. He was dead, aged 62.
Dmitry S. Peskov, the presidential spokesman, treated all the health questions with a certain wry humor initially, coming up with new and inventive ways to say, “He’s fine.”
Yet, the fact that the story proved impossible to quash underscored the uneasy mood gripping the Russian capital for months now, an atmosphere in which speculation about the health of just one man can provoke fears about death and succession.
Keep reading…