John Bolton on formatting reason for leaving Iran off terror list: "It's a flat lie." 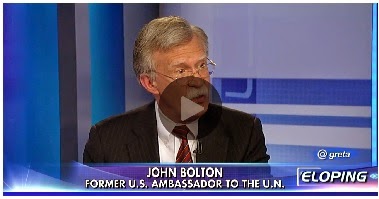 The Obama administration is populated with compulsive liars.


John Bolton, former U.S. ambassador to the U.N., sounded off tonight on the news that Iran and Hezbollah were omitted from the latest U.S. terror threat list.
This year’s Worldwide Threat Assessment of the U.S. Intelligence Communities doesn’t include Iran or Hezbollah in the terrorism section. Catherine Herridge reports that the office of National Intelligence Director James Clapper cites a change in formatting as a reason for this removal.
“It’s a flat lie […] the people who would say this is a format change are weasels,” Bolton said.