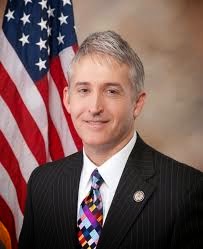 What do you think the chances of that are?


The chairman of the congressional committee probing the Benghazi terror attacks has formally asked that Hillary Clinton turn over her personal server — warning that the House could take steps to pressure her if she refuses.
Rep. Trey Gowdy, R-S.C., sent a letter, released Friday, to Clinton’s attorney requesting that the former secretary of state “relinquish” the server to a “neutral, detached and independent third-party” for review.
The server has become a point of controversy after she admitted to exclusively using a private email account and a personal server while secretary — yet insisted her server would remain private, though some lawmakers want access to it to ensure she’s turned over all official emails during her tenure.
Gowdy’s letter suggested that Clinton could turn the server over to the State Department inspector general for review. He said it’s important for a third party to look over the contents to ensure any public documents are released.