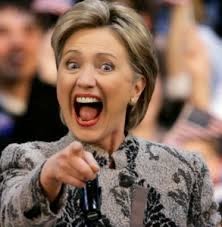 
Former secretary of state Hillary Clinton failed to provide any new documents to the congressional panel investigating the Benghazi terrorist attacks, instead notifying the committee that she has “wipe[d] her server clean,” the lead investigator announced.
“After seeking and receiving a two week extension from the Committee, Secretary Clinton failed to provide a single new document to the subpoena issued by the Committee and refused to provide her private server to the Inspector General for the State Department or any other independent arbiter for analysis,” Representative Trey Gowdy (R., S.C.), the chairman of the select committee investigating the attacks, announced Friday evening.
“We learned today, from her attorney, Secretary Clinton unilaterally decided to wipe her server clean and permanently delete all emails from her personal server,” he continued. “While it is not clear precisely when Secretary Clinton decided to permanently delete all emails from her server, it appears she made the decision after October 28, 2014, when the Department of State for the first time asked the Secretary to return her public record to the Department.”