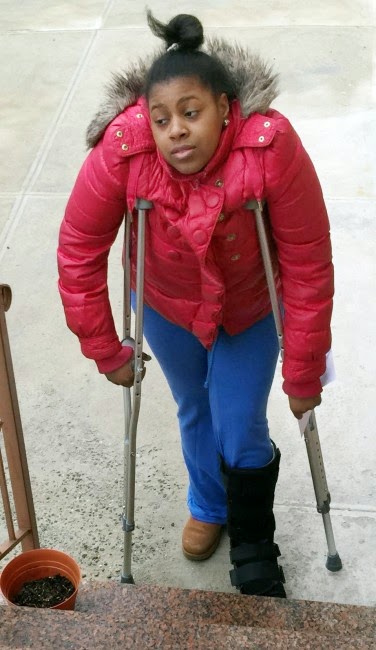 Isn't being hit by a car punishment enough?


Brooklyn cops who said they were following Mayor de Blasio’s Vision Zero orders to crack down on reckless drivers and pedestrians gave two bleeding 16-year-old girls jaywalking tickets as they were being treated in an emergency room after a car hit them, their enraged parents told The Post.
Teen pals Beanca Moise and Jo-Anna Thiboutot had suffered multiple fractures and deep bruises in the March 14 accident while crossing busy Flatbush Avenue in Sheepshead Bay.
But the cops told their parents the tickets were mandatory given the mayor’s “zero tolerance” jaywalking policy.
Keep on reading…