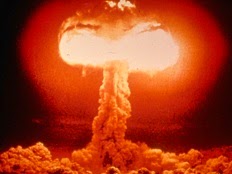 Why Obama is pushing this unpopular plan is a mystery to me. History will judge him harshly.


Voters remain lukewarm about the nuclear deal the Obama administration is negotiating with Iran, and most think it needs to be approved by Congress. But they aren’t happy with the letter 47 Republican senators sent to the Iranian government putting the current negotiations in question either.
Thirty-seven percent (37%) of Likely U.S. Voters favor the administration’s deal seeking a 10-year freeze on Iran’s nuclear development program in exchange for lifting some sanctions on the Iranian economy. But the latest Rasmussen Reports national telephone survey finds that slightly more (39%) still oppose such a deal. Twenty-five percent (25%) are not sure.  […]
While voters are almost evenly divided over the deal itself, 60% believe any agreement the Obama administration makes with Iran regarding the Iranian nuclear program requires the approval of Congress. Just 23% disagree, while 17% are undecided.