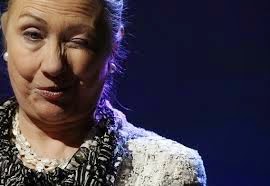 Do American voters, and Democrats, really want 4 years or more of nothing but scandals?


Many of the key figures cited in a scathing inspector general’s report this week are allies of Hillary Rodham Clinton, marking the latest in a series of stumbles for the former first lady and secretary of state that likely forced her to delay her planned presidential campaign announcement.
A Democratic strategist familiar with her team’s thinking said they are scrambling to limit the damage and readjust the campaign rollout schedule after the Homeland Security Department’s inspector general revealed an apparent cronyism scandal that ensnared Mrs. Clinton’s brother, Anthony Rodham, and two of her political confidants, Virginia Gov. Terry McAuliffe and former Pennsylvania Gov. Edward G. Rendell.
The accusation that a top Obama administration official did favors for the three politically connected Democrats follows other damaging revelations swirling around Mrs. Clinton, including that the Clinton Foundation pocketed foreign donations while she was secretary of state and that she exclusively used a private email account that concealed official business while she was in office.
“She is being tarnished before the race starts. It’s kind of like if you’re a race horse having a leg broken on a regular basis and the wound never heals,” said Hank Sheinkopf, a veteran Democratic campaign adviser who worked for President Clinton’s 1996 re-election campaign.