Biden is still looking at running... 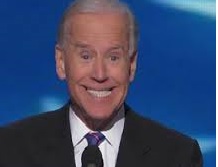 Go on. Just do it Joe. we need the comic relief.


Vice President Joe Biden has personally made a series of calls this week to Democratic strategists from Iowa, New Hampshire and South Carolina, asking a final round of detailed questions about how — not whether — to launch a 2016 presidential campaign.
People familiar with the conversations tell CNN that Biden has been making the calls throughout the week, including on Wednesday, just as many leading Democrats argued the window to a potential candidacy was closing in the wake of Hillary Clinton’s strong performance in the party’s first presidential debate. He is asking these people to work for him if he runs.
Keep on reading…