The liberal trolls were out in force on Twitter last night claiming Umpqua Community College allowed guns in their facilities. They were wrong or lying.


The school, Umpqua Community College, was, in fact, a gun-free campus. An archived copy of their student code of conduct shows: 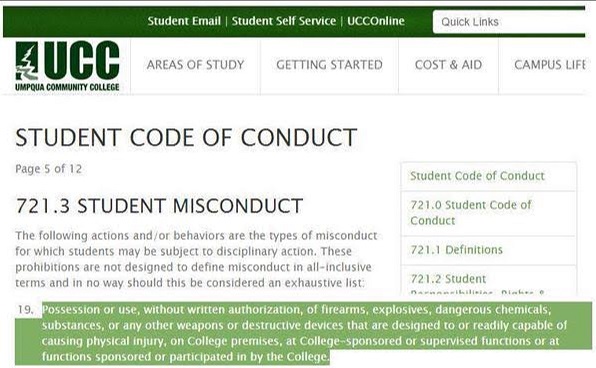 In addition to the written policy of the community college, the university’s president, Rita Cavin, stated in a press conference that the university is a gun-free campus and there are “no plans” to change security policy.