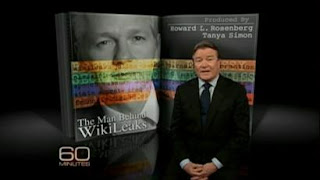 The mainstream media is just the propaganda arm of the Democratic Party.

“I just received confirmation from 60 Minutes that a piece on Julian Assange will air Sunday night. He will be the only person featured. We had made a number of suggestions for outside experts and former diplomats to interview to ‘balance’ the piece. 60 Minutes assures me that they raised a number of questions and concerns we planted with them during the course of the interview. We will be prepared to respond to the narrative Assange presents during the program.”