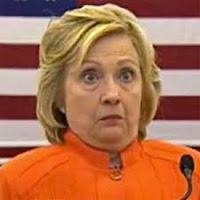 Lewis "Scooter" Libby was sentenced  to 30 months in federal prison, a fine of $250,000, and two years of supervised release for his actions relating to the outing of material that revealed Valerie Plame was a classified CIA officer.


On March 18, 2011, Sidney Blumenthal — Clinton’s longtime friend and political adviser — sent the then secretary of state an email to her private account that contained apparently highly sensitive information he had received from Tyler Drumheller, a former top CIA official with whom Blumenthal at the time had a business relationship.
“Tyler spoke to a colleague currently at CIA, who told him the agency had been dependent for intelligence from [redacted due to sources and methods],” the email states, according to Gowdy’s letter.
The redacted information was “the name of a human source,” Gowdy wrote to his Democratic counterpart, Rep. Elijah Cummings of Maryland, and was therefore “some of the most protected information in our intelligence community.”
“Armed with that information, Secretary Clinton forwarded the email to a colleague — debunking her claim that she never sent any classified information from her private email address,” wrote Gowdy in a letter to Cummings.