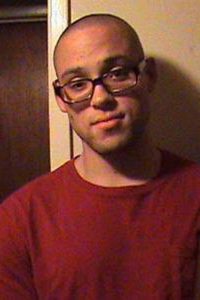 Well, if he had targeted blacks, liberals and many in the media would have somehow blamed conservatives and Republicans.


A gunman singled out Christians, telling them they would see God in “one second,” during a rampage at an Oregon college Thursday that left at least nine innocent people dead and several more wounded, survivors and authorities said.
“[He started] asking people one by one what their religion was. ‘Are you a Christian?’ he would ask them, and if you’re a Christian stand up. And they would stand up and he said, ‘Good, because you’re a Christian, you are going to see God in just about one second.’ And then he shot and killed them,” Stacy Boylen, whose daughter was wounded at Umpqua Community College in Roseburg, Ore., told CNN.
A twitter user named @bodhilooney,” who said her grandmother was at the scene of the carnage, tweeted that if victims said they were Christian “then they were shot in the head. If they said no, or didn’t answer, they were shot in the legs.”
Gunman Chris Harper-Mercer’s disdain for religion was evident in an online profile, in which he became a member of a “doesn’t like organized religion” group on an Internet dating site.