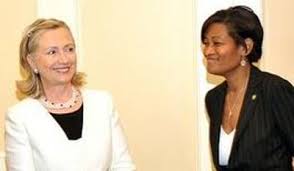 It wouldn't do for Hillary's testimony to contradict something Cheryl Mills said.


A day before former Secretary of State Hillary Clinton will testify in front of the House Select Committee on Benghazi, Democrats on the panel released a full transcript of an interview conducted Sept. 3 with Clinton’s chief of staff, Cheryl Mills.
Democrats already released excerpts of the Mills interview earlier this month. Maryland Rep. Elijah Cummings, the committee’s ranking Democrat, also said then that he planned to release the 307-page transcript. Democrats defended the move, which they say is intended to “correct the public record after numerous out-of-context and misleading Republican leaks.”
Keep reading…