Seven of ten 2012 Obama voters would not vote for him again... 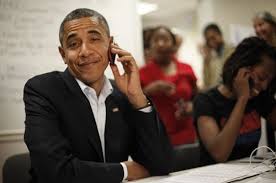 This includes a majority of Democrats. Obama will be remembered as a failure.


According to the Economist/YouGov.com poll, over seven in 10 Obama voters, and 55 percent of Democrats, regret voting for Obama’s 2012 reelection.
The poll asked those who voted for Obama’s reelection the question: “Do you regret voting for Barack Obama?”
Given a chance to do it all over again, only 29 percent of those who voted for Obama would vote for him again and 71 percent of his voters, now inclined to vote for somebody else, “regret” their vote to reelect him, according to a new poll.