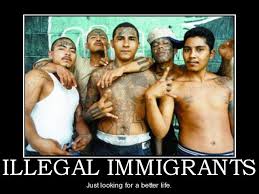 I thought the prosecutorial discretion in enforcing immigration law was to allow them to focus on the criminal element. I guess that was another lie.


The Obama administration deported a record-low number of criminal immigrants over the last year, according to government figures not publicly released by the Department of Homeland Security.
The Associated Press reported that President Obama has deported fewer immigrants with criminal convictions in the United States over the past 12 months than he has during his entire time in the White House. Moreover, the number of total illegal immigrants deported in the last year was less than at any time since 2006.
The total count of immigrant deportations has sunk 42 percent since 2012. Moreover, deportations declined by 84,000 between the 2014 and 2015 fiscal years.
Keep on reading…