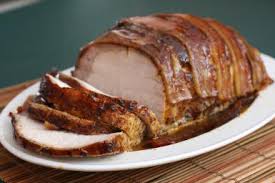 It's hard to believe most non-Muslims  don't like pork.

WASHINGTON — After a week of controversy surrounding its abrupt removal of pork dishes from the national menu for federal inmates, the government did an about-face this week and put pork roast back on the prison bill of fare.
The Bureau of Prisons disclosed the decision to The Washington Post hours after a Republican Senate leader expressed dismay at what he implied was a wasteful survey of inmates’ food preferences and a lack of transparency in the decision.
“The pork industry is responsible for 547,800 jobs, which creates $22.3 billion in personal incomes and contributes $39 billion to the gross domestic product,” Sen. Charles E. Grassley, R-Iowa, wrote in a letter Thursday to Bureau of Prisons Director Charles E. Samuels, Jr.[snip]

To corroborate the validity of the claim that prisoners indicated a lack of interest in pork products, I am requesting copies of the prisoner surveys and responses that were used to support the determination to no longer serve pork in federal prisons. Additionally, the spokesman indicated that pork had been the lowest rated food, ‘for several years.’ ...