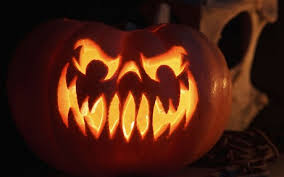 Median income is down, millions are dropping out of the workforce and joining the food stamp rolls. We are $18 trillion in debt. ISIS is trying to take over the Middle East and we should be worried about pumpkins causing climate change? When did out government get so stupid?


The Department of Energy claims that Halloween pumpkins contribute to climate change, suggesting that the plants can be converted to biofuel in order to spare the environment.
“With the passing of Halloween, millions of pounds of pumpkins have turned from seasonal decorations to trash destined for landfills, adding to more than 254 million tons of municipal solid waste (MSW) produced in the United States every year,” a post to the Energy Department’s website this week read.
“At landfills, MSW decomposes and eventually turns into methane–a harmful greenhouse gas that plays a part in climate change, with more than 20 times the warming effect of carbon dioxide (CO2),” the government agency warned.
Keep on reading…