CBO: Tort reform would reduce deficit by $54 billion over 10 years 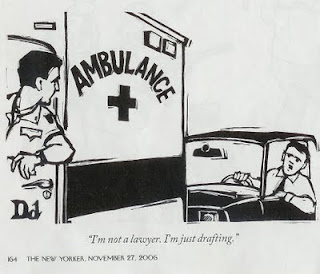 President Obama said in his health care address to a joint session of Congress that he would consider including tort reform in his plan. Sen. Orrin Hatch asked the CBO for an analysis. The CBO found medical malpractice reform would save the government $54 billion over 10 years. There five different versions of health care reform legislation in Congress now. The amount of tort reform in the the bills is zero. There 43 million reasons President Obama won't push for tort reform.

Medical malpractice reform would reduce the annual federal deficit, saving the government $54 billion over 10 years, according to an analysis by the Congressional Budget Office.

The finding bolsters one of Republicans' top health care reform proposals, and provides them with momentum to press for tort reform to be included President Obama's sweeping health care legislation.

"I think that this is an important step in the right direction and these numbers show that this problem deserves more than lip service from policy-makers," said Sen. Orrin Hatch, the senior Republican on the Senate Finance Committee, which is to vote on its version of health care reform on Tuesday.

Hat tip to #tcotreport
Posted by Bluegrass Pundit at 3:08:00 PM

Obama probably considered it for one second as it went in one ear and out the other. Obama and the Democrats are so beholden to lawyers for political donations, that they won't take a serious look at torte reform. Reducing the deficit would be a good way to start getting the economy back on track.

I'll bet its much more than $54 billion. Most defensive medical testing is under the radar. There is no way to determine if a medical test is defensive or legitimate. How, then, can the CBO estimate the costs of defensive medicine? You certainly can't tell by reviewing charts where our tests always seem to have a bonafide medical indication. See www.MDWhistleblower.blogspot.com