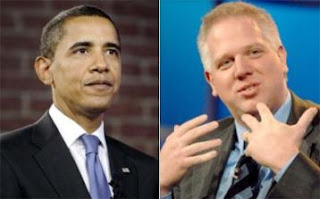 Most of the mainstream media is so obsequious to President Obama that they are sometimes referred to as the state run media. Fox News is the only major network to break that mold. Fox News has helped publicize the former Green Jobs Czar Van Jones story and the ACORN scandal. The White house is not amused. They sent David Axelrod to what was described as a "Fox News summit" with Fox News CEO Roger Ailes. Based on the comments coming from the White House, the summit must have been a failure.

Attacking the news media is a time-honored White House tactic but to an unusual degree, the Obama administration has narrowed its sights to one specific organization, the Fox News Channel, calling it, in essence, part of the political opposition.

“We’re going to treat them the way we would treat an opponent,” said Anita Dunn, the White House communications director, in a telephone interview on Sunday. “As they are undertaking a war against Barack Obama and the White House, we don’t need to pretend that this is the way that legitimate news organizations behave.”

"Most of the mainstream media is so obsequious to President Obama that they are sometimes referred to as the state run media."

So, let's not call them mainstream. How about "The old media" or "The legacy media" or as Glenn Beck said "The fringe media"

Fox is the only legitimate cable news organization still in existence. Thank goodness they haven't submitted to the Government's harassment and continual whining. Obama's Administration continues to embarrass themselves. In regard to Anita Dunn, everyone should hang Obama flag next to Madoff's on Halloween night...