CNN Poll: Eighty-six percent of people questioned say that our system of government is broken 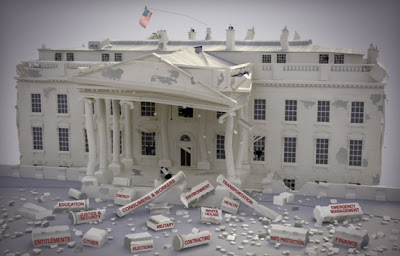 This number is up eight points since 2006 when the Democrats took control of Congress. Eighty-one percent believe the government can be fixed. Hopefully, we can begin that fix in November.

Our system of government only appears broken when despots rule.

Through the bastards out and the system will be just fine.