Did the Obama Administration Break the Law to Keep 60 Vote Senate Majority? 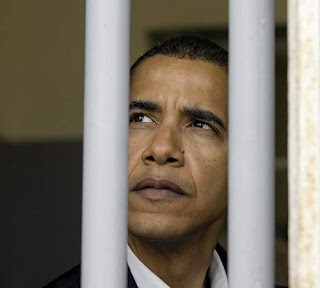 If reports they offered appointments to two democrats in order to preserve the Democrats' Senate 60 vote majority, they may have potentially violated the law.

The discovery that the White House has now been reported on two separate occasions in two different states to be deliberately committing a potential violation of federal law ...

This is the stuff of congressional investigations and cable news alerts, as an array of questions will inevitably start being asked of the Obama White House.

The charge would be bribery.

"Whoever solicits or receives … any….thing of value, in consideration of the promise of support or use of influence in obtaining for any person any appointive office or place under the United States, shall be fined under this title or imprisoned not more than one year, or both." -- 18 USC Sec. 211 -- Bribery, Graft and Conflicts of Interest: Acceptance or solicitation to obtain appointive public office.