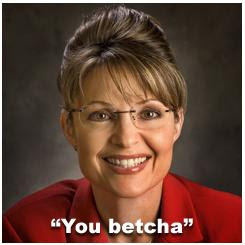 Sarah Palin is the top choice for Kentucky Republican voters in 2012. Mike Huckabee is running a close second. CPAC straw poll winner Ron Paul got only 4%.

Ron Paul was the straw poll winner at the CPAC convention last weekend – but Sarah Palin is the early frontrunner in bluegrass country.

Colorado-based GOP pollster Magellan Strategies threw a POTUS 2012 question into a statewide poll of 560 Kentucky Republican voters and found Palin leading the pack with 28 percent of the vote – with Mike Huckabee a close second with 24 percent. Mitt Romney was at 16 percent, undecided landed at 14, Newt Gingrich got 12, followed by Paul with 4 percent and Tim Pawlenty dead last at two percent.