The Political Bridge is Washed Out, But Democrats are Stoking the Locomotive as They Race Toward the Abyss 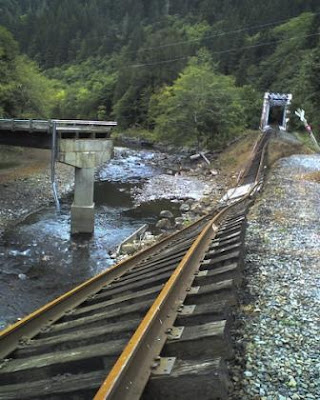 Congress' approval is down to 10%. President Obama's approval is down to 43% of voters, Republicans are ahead 9 points in a generic congressional ballot and voters are overwhelmingly rejecting Obamacare. President Obama and Democrats don't care. They are signaling they are willing to go over the abyss to socialize health care and takeover one sixth of the US economy, even if they pay a heavy price at the polls.

I hear Republicans getting giddy over the fact that "reconciliation," if it comes to that, is a huge political loser. That's the wrong way to look at it. The Democratic leadership has already internalized the inevitablility of taking its political lumps. That makes reconciliation truly scary. Since the Dems know they will have to ram this monstrosity through, they figure it might as well be as monstrous as they can get wavering Democrats to go along with....