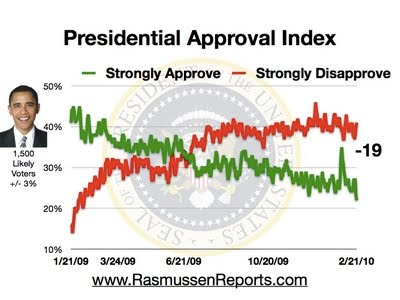 The Rasmussen Reports daily Presidential Tracking Poll for Sunday shows that 22% of the nation's voters Strongly Approve of the way that Barack Obama is performing his role as President. That is the lowest level of strong approval yet recorded for this President.