Congressional Approval is Down to 15% 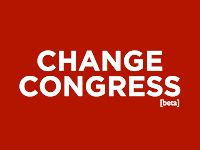 A NYT poll has found Congressional approval at only 15%. Eight-one percent of respondents think most members of Congress should not be re-elected. It is amazing how low the approval of democratic controlled Congress can be while President Obama's approval is closer to fifty percent. The Democratic leaders in Congress don't break wind unless they consult the White House.

....A strong majority, 56 percent, say they prefer a "smaller government with fewer services," and nearly 60 percent say "government is doing too many things better left to businesses and individuals."

When asked if they approve of the way Congress - which is controlled in the Senate and House by Democrats who strongly support Obama's policies...