Good News: You are paying Mexican sex workers to use condoms... 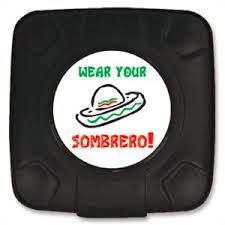 It's not like we have a $17 trillion national debt or anything.


The National Institutes of Health (NIH) is spending $398,213 on a project studying whether paying male Mexican sex workers for being free of sexually transmitted diseases will increase condom use.
The study, “Conditional Economic Incentives to Reduce HIV Risks: A Pilot in Mexico,” began in June 2011 and is funded through the end of May 2014.
“The working hypothesis is that a program with modest economic incentives to stay free of sexually transmitted infections (STI) can be implemented among MSW (male sex workers) to incentivize condom use and reduction of sex partners,” the abstract of the study says. “We hypothesize that CEI (conditional economic incentives) treatment groups will exhibit greater program participation and retention rates as compared to the control group.”
The study includes male sex workers in Mexico City, who first must attend a workshop on the benefits of condom use and “condom negotiation” before they are broken up into smaller groups.
According to the study abstract, one group of 100 individuals will “receive low incentive ($200 pesos/each time) only if they are free of STIs at months 6 and 12.”