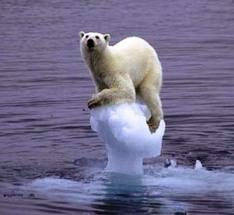 I predict all this hot air will raise the planets temperature more than any coal-fired power plant ever did.


On Monday night, Senate Democrats are hosting a rare pajama party of sorts, conducting an all-night “talkathon” on climate change – minus the pajamas, and definitely minus some of their colleagues.
Twenty-eight Democrats and two left-leaning Independents, including Senate majority leader Harry Reid of Nevada and his top lieutenants, are scheduled to speak in shifts until about 9 a.m. Tuesday. The event is not a filibuster, nor is it related to any legislation. The intent is to urge a divided Congress and nation to “wake up” on this issue.
Some notable Democrats, however, are no-shows: Mark Begich of Alaska, Kay Hagan of North Carolina, Mary Landrieu of Louisiana, and Mark Pryor of Arkansas. It’s not that they want their shut-eye. It’s that they want to win their very competitive races come November.