Harry Reid doesn't know the difference between climate and weather... 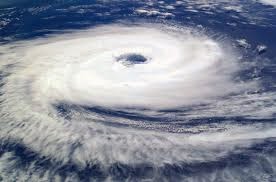 There is absolutely no evidence any recent weather event is related to global warming.It is really easy to claim any drought or storm is caused by climate change, but it is difficult to prove it. If global warming true believers could predict these events, they would have more credibility. However, most global warming believers prediction have failed. Let's check their accuracy. They predicted, based on models, the temperature would rapidly climb as CO2 increased. CO2 has rapidly increased, but the temperature has stagnated for 17 years. They predicted the Arctic would be ice free by now. Arctic ice is still there and it is now growing. They predicted the oceans would rapidly rise. There is no evidence of rapid rise of the oceans. They predicted there would be more hurricanes and tornadoes. We are experiencing less tornadoes and hurricanes than average recently. They predicted that Himalayan glaciers would rapidly melt. Some Himalayan glaciers are growing. If you believe climate change believers, 97% of scientists still believe this BS, but that is another lie.


Harry Reid claims that recent bad weather is more evidence climate change exists and needs a response from the federal government. Reid’s comments today come just after the Senate’s all-night “talkathon,” during which several Democratic senators spoke back-to-back about climate change.
“Every day that goes by, every week that goes, every month that goes by, every year that goes by … there’s more evidence of the dangers of climate change,” Reid said Tuesday afternoon, in response to a question from THE WEEKLY STANDARD. “The more climate changes, the more extreme the weather gets, and we’ve seen that in spades.” [...]
Reid also criticized those who don’t say climate change is a problem requiring federal action are “deniers.”
“These deniers are, as each day as the weather gets worse, are becoming less credible,” Reid said today in the Capitol.
Keep reading…