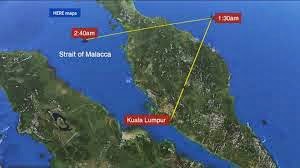 It fits the known facts, but where is the plane?


A Malaysia official said investigators have concluded that missing Malaysia Airlines Flight 370 was hijacked.
The official, who is involved in the investigation, said they have determined that one of the pilots or someone else with flying experience hijacked the missing jet.
The official said that the hijacking was no longer a theory: “It is conclusive.”
No motive has yet been established, the official said, and it is not yet clear where the plane was taken.
On Friday, the Associated Press quoted an American official in Washington as saying aviation industry sleuths working the baffling case were examining “human intervention” as a potential cause for the plane’s disappearance on March 8.
Keep on reading…