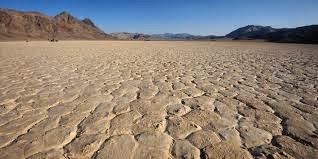 Well, it's quickly obvious to rational people.It took the NY Times a while.


CALIFORNIA is now in the midst of the third year of one of its worst droughts on record. As our planet gradually warms from our rampant burning of fossil fuels, it’s only natural to wonder what role climate change has played in California’s troubles.
The answer is this: At present, the scientific evidence does not support an argument that the drought there is appreciably linked to human-induced climate change.
The drought has many attributes of historical droughts over that region — in particular, a lack of storms and rainfall that would normally arrive from the Pacific Ocean with considerable frequency. It resembles the droughts that afflicted the state in 1976 and 1977. Those years were at least as dry as the last two years have been for the state as a whole.
In short, the drought gripping California has been observed before. And it has occurred principally because of a lack of rain, not principally because of warmer temperatures. Indeed, it should be quite familiar to anyone who lived in California in the mid-1970s, as I did. We can also say with high confidence that no appreciable trend toward either wetter or drier conditions has been observed for statewide average precipitation since 1895. This drought is not part of a long-term drift toward reduced precipitation over the state.