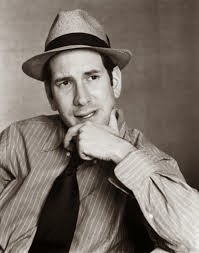 Matt Drudge has started paying the Obamacare penalty. The White House has called hem out as a liar because the penalty does not apply to tax year 2013.  What the people who now occupy the WH fail to understand is small businesses and the self-employed have to use IRS form 1040-ES and pay in estimated taxes quarterly. These estimations will include the Obamacare penalty if you owe it. We shouldn't expect the current people at the White House to understand this. They never ran a small business.

A White House aide set off a stampede of liberal media criticism for Internet news pioneer Matt Drudge over Obamacare – but his critics don't seem to understand how small businesses pay taxes.

The brouhaha started when Drudge tweeted, “Just paid the Obamacare penalty for not 'getting covered'... I'M CALLING IT A LIBERTY TAX.”

Jesse Lee, the Director of Progressive Media at Barack Obama's White House, responded that that was a “Flat lie, no fee for previous year,” adding, “Scary how much influence he once had.”

Lee’s response to Drudge set off a firestorm in the liberal media, with many mainstream media and left-wing reporters countering him on Twitter and in their own articles to claim he does not have to pay Obamacare’s Individual Mandate tax until next year. The individual mandate went into effect Jan. 1 of this year, and most people paying their taxes right now are paying taxes for 2013.

“Dude, there's no penalty until next yr,” Sahil Kapur of the leftwing Talking Points Memo tweeted.