Nancy Pelosi whines about #Obamacare not being perfect socialized medicine... 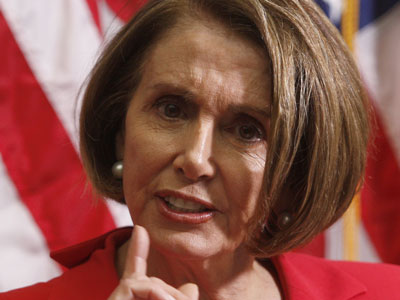 Because socialized medicine is working so well elsewhere...


REP. NANCY PELOSI (D-CA): I take issue — I see these little things in the paper about this or that. But our members — the story that you don’t write or see, maybe because you’re in Washington and our members are out in their districts. And as I travel, I see our members standing tall. As I said to you before, we’re not running on this; we’re running on what the American people want us to run on and that is job creation. Show us the jobs. Where are the jobs?
Why are we not here passing a jobs agenda incident 51 times having political nonsense on the floor of the House? But I’m very proud of our members. Yeah, any bill that is passed is no perfect. I wanted single-payer, I wanted a public option.
You know, I have some changes I would make myself. But as the implementation takes place, as we see improvements that can be made to any compromise, which the bill was, we will do that. But just because people say I don’t want to repeal it but I do want to fix it doesn’t mean they are walking away from it.