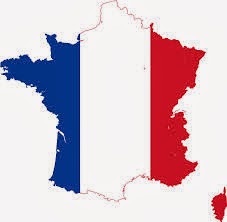 
Paris (AFP) - France goes to the polls on Sunday in the first round of local elections set to represent a landmark for women in politics and, possibly, the far-right National Front.

The first nationwide vote since Francois Hollande's 2012 election as president takes place with the ruling Socialists battling record unpopularity and the main opposition UMP party grappling with scandals embroiling former president Nicolas Sarkozy.
Against that backdrop, polls have suggested around one in four voters are considering casting their votes for Marine Le Pen's National Front (FN), setting the scene for what could be a breakthrough election for the anti-immigration, anti-EU party led by the daughter of its founder, Jean-Marie Le Pen.
The vote is also set to be a groundbreaking one for women: whatever the final outcome of the two rounds of voting on consecutive Sundays, it is certain that Paris will end up with its first female mayor, while changes to the electoral rules are set to significantly increase the number of women in local governments across France's rural heartlands.