Who is up for planet Biden? 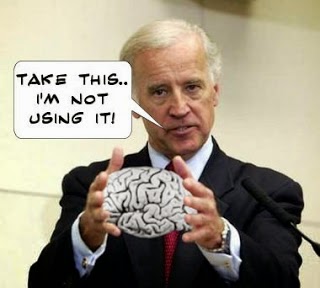 I am sure of one thing. There is no intelligent life there...


It seems Planet Hillary may have some competition.
Scientists reported on Wednesday that they have discovered a possible new dwarf planet that orbits the sun beyond Pluto, according to Nature.
The discovery team has named the object “2012 VP113″ for now, nicknaming it “VP” or “Biden” for short after Vice President Joe Biden. Scientists won’t submit its official name to the International Astronomical Union until they fully understand the dwarf planet’s orbit, according to Nature.
Co-discoverers Chad Trujillo, an astronomer at Gemini Observatory in Hilo, Hawaii and Scott Sheppard, an astronomer at the Carnegie Institution for Science in Washington, D.C., said that the discovery could help scientists better understand how the solar system came into existence.
“It goes to show that there’s something we don’t know about our Solar System, and it’s something important,” Trujillo told Nature. “We’re starting to get a taste of what’s out beyond what we consider the edge.”
Scientists discovered a similar object, Sedna, about a decade ago.