Outrage: Iran names member of the militant group that held 52 Americans hostages its next ambassador to UN 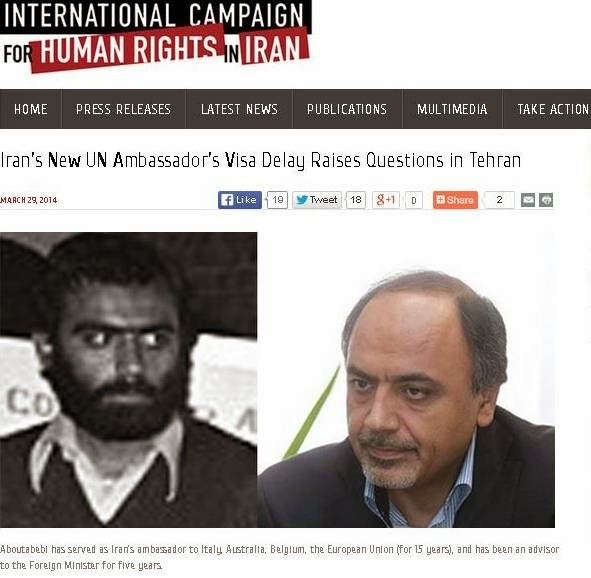 Well, this is a real slap in the face...


Iran has named a member of the militant group that held 52 Americans hostage in Tehran for 444 days to be its next ambassador to the United Nations.
The Iranian government has applied for a U.S. visa for Hamid Aboutalebi, Iran’s former ambassador to Belgium and Italy, who was a member of the Muslim Students Following the Imam’s Line, a group of radical students that seized the U.S. embassy on Nov. 4, 1979. Imam was an honorific used for Ayatollah Ruhollah Khomeini, the leader of the Islamic Revolution.
Relations between the Islamic Republic and the U.S. and its allies are beginning to emerge from the deep freeze that began when the self-proclaimed Iranian students overrun the embassy and took the hostages. The State Department hasn’t responded to the visa application, according to an Iranian diplomat.