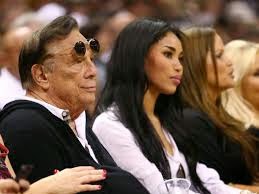 Well, this is going to hurt.


CARSON CITY, Nev., April 30 (UPI) -- Donald Sterling can’t watch his players on the court in California -- and now he can't play in Nevada.A day after he was banned from the NBA for life and fined $2.5 million, Los Angeles Clippers owner Donald Sterling also got the boot from the infamous Bunny Ranch brothel outside Carson City, Nevada.
The owner of the legal brothel, Dennis Hof, also announced that Sterling is banned from entering any of his six other brothels in the state.
"A lot of NBA players come here to party," Hof told the Huffington Post. "Out of respect to them, we have banned Sterling from coming here."
Hof issued the ban on behalf of his employees as well.

"At any given time, 20 to 23 percent of the prostitutes here are African-American," Hof said. "And they're smoking hot. Some of them were crying this morning so we're doing this for them as well. We don't need racists or bigots at the Bunny Ranch."